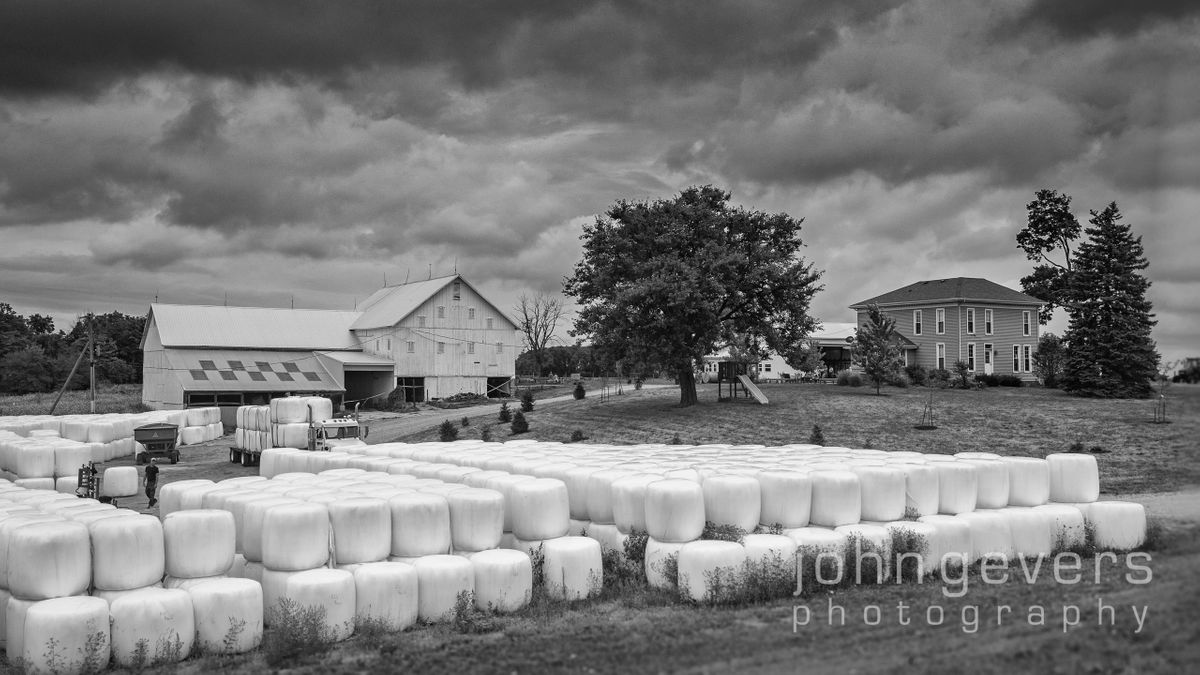 Stewards of the Heartlands: An Overview

This photographic chronicle focuses on today’s farming families in two countries hemispheres apart, the U.S.A. and New Zealand. Over the years, both countries have depended on family farms to feed their people and grow commodities for export to support strong economies.

In more recent years, however, the agrarian culture in both countries has faced significant changes. Many family farms that traditionally produce a variety of crops or animals, or both, struggle to remain viable and are forced to increase the scale of their operations to compete with large-scale, single commodity farming operations or face going out of business. As smaller, diversified family farms that used to be spread throughout each country’s Heartland disappear, many rural communities suffer and residents, despite living close to fertile land, must import food from long distances.

In both New Zealand and the U.S.A., the growth of large-scale commodity farms is raising concerns. The sustainability of family farms and rural economies is threatened when agricultural practices are based primarily on maximizing the production of a commodity in the short-term and when agricultural decisions are made by people without a direct connection to the land and values of the local community. In addition to threatening the future of family farms in both countries, large-scale farming operations are raising other serious issues, including the depletion of aquifers, the loss of fertile topsoil, the pollution of water supplies, the unethical treatment of livestock, the decline of biodiversity, and the decline in native flora and fauna.

This photographic project explores smaller family farms that have bucked the trend to grow large in both countries and, instead, are leading the way in sustainable farming using methods that do not deplete and destroy natural resources. The project shows farm families in both countries that are surviving and achieving success while practicing welfare-friendly animal husbandry and growing crops using methods that retain soil health. Their success is breathing new life into languishing rural communities and bringing healthier food choices closer to home.

The two photographers, Kent Deitemeyer and John Gevers, are first cousins who not only share their bloodline but also share the love of agriculture in their respective homelands and have a mutual passion for telling stories through compelling photographic imagery. The cousins have each lived in both the U.S.A. and New Zealand and have a strong affinity and respect for the family farm. With this project, they share the stories of families from very different farming environments but who share the common purpose of preserving the economic and environmental sustainability of their farms.

The project ties together the beauty and purpose of today’s family farm from two perspectives a world apart but joined in their respective, mutually passionate mission. The images convey the stories to be told with only limited words. Images include portraits of the families in their daily lives and highlight their farming operations to compare their challenges and successes in operating sustainable farming systems.

The project tells the stories of multiple families from each country that represent a diversity of farming practices, focusing on the people in their respective environments. The photographers will make repeated visits to each farm to nurture relationships and capture stories as they evolve across the seasons. The primary goal for the photographers with this chronicle is to inspire audiences to see the value of sustainable, smaller-scale farming in ensuring that our food supply is sustainable, humane and just. A secondary goal is to create an historical account and pictorial testament to farming life in both countries during the first half of the 21st Century.

Part of the storytelling endeavor includes audio capture of farm families describing their lives on the farm which will manifest in a multimedia component of the project. The chronicle is shared as it develops over the years in this online blog and an exhibition of giclée prints, short narratives, and audio will be exhibited down the road a piece. An art book of the images with limited text also will likely be published.